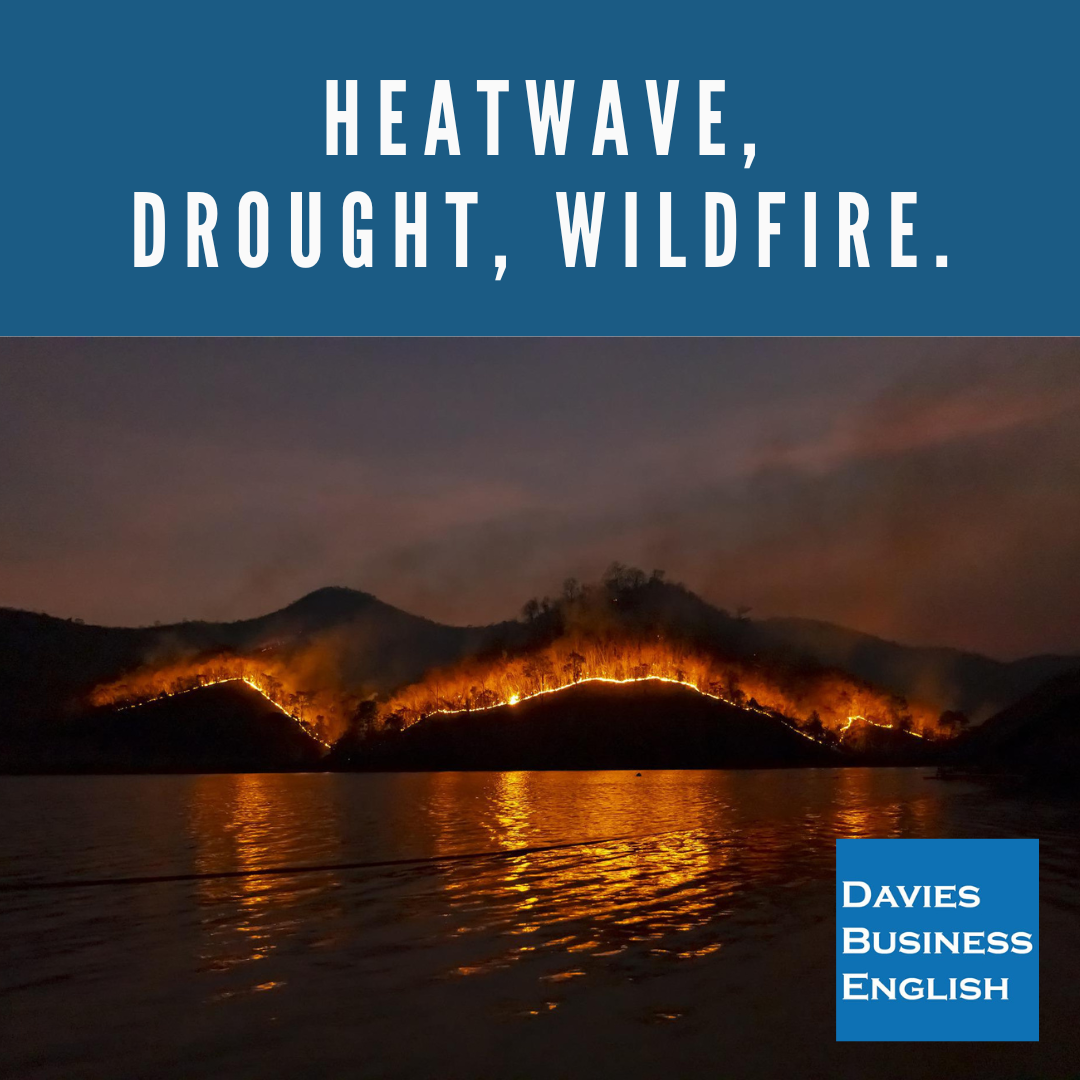 Everybody loves to talk about the weather. It’s considered a basic component of smalltalk. However, this week, in Europe, the topic is not such a small one. Of course, if you live in some parts of other continents, this has been a ‘hot topic’, pun intended, for some time.

Whatever your personal beliefs are on the topic of climate change and global warming, you don’t have to search the internet for long or listen to many world news reports before you see and hear stories of serious weather related events around the world. In Europe, the current heatwave has led to dramatic TV and newspaper reports of fires in Spain, Portugal, France, Greece, Croatia and Türkiye and even in England where a record breaking high temperature of over 40 degrees was seen in London. Canada, the USA, China and parts of Africa have also been in the news. In contrast, heavy rains have caused floods in parts of China, USA and Australia.
My impression of the reporting is that the majority is focussed on the immediate issues in each location such as the tragic loss of life and homes and livelihoods destroyed. Reports are often concluded with a passing reference to climate change and the need to prepare for more similar extreme events in the coming years, like we just have to accept this. Nothing can be done.

Have we given up? Should we just sit back and wait for our homes and businesses to be destroyed by fires or floods, whichever comes first?
The arguments seem to be that the changes which could slow down the climate change process - the reduction of the amount of carbon being released into the atmosphere through the use of fossil fuels - are too difficult and expensive. Surely, the destruction of lives, businesses, homes and even the very planet we live on, including the human race, is a worse option.

I feel there needs to be more dialogue, conversation, communication around this topic, in governments, of course, but also in companies, so that action can be taken. Are we really going to wait for governments to legislate or can industry make some real decisions rather than simply ‘greenwashing’ their activities?

After all, the scientists have been warning us for decades and now it is here and it could be our businesses that are washed away or that go up in flames one day soon.

We use cookies on our website. Some of them are essential for the operation of the site, while others help us to improve this site and the user experience (tracking cookies). You can decide for yourself whether you want to allow cookies or not. Please note that if you reject them, you may not be able to use all the functionalities of the site.